Witchfinder is an immersive music theatre performance piece inspired by the infamous witch finding activities of Matthew Hopkins (self-professed ‘Witchfinder General’) during the 1600’s. In its live performance format, the show combines elements of immersive theatre, music and song in a narrative that explores themes of prejudice, difference and division within communities.

Thanks to funding from Arts Council England, Witchfinder was premiered to live audiences on 21 and 22 May 2022 at Walpole Old Chapel, Suffolk. 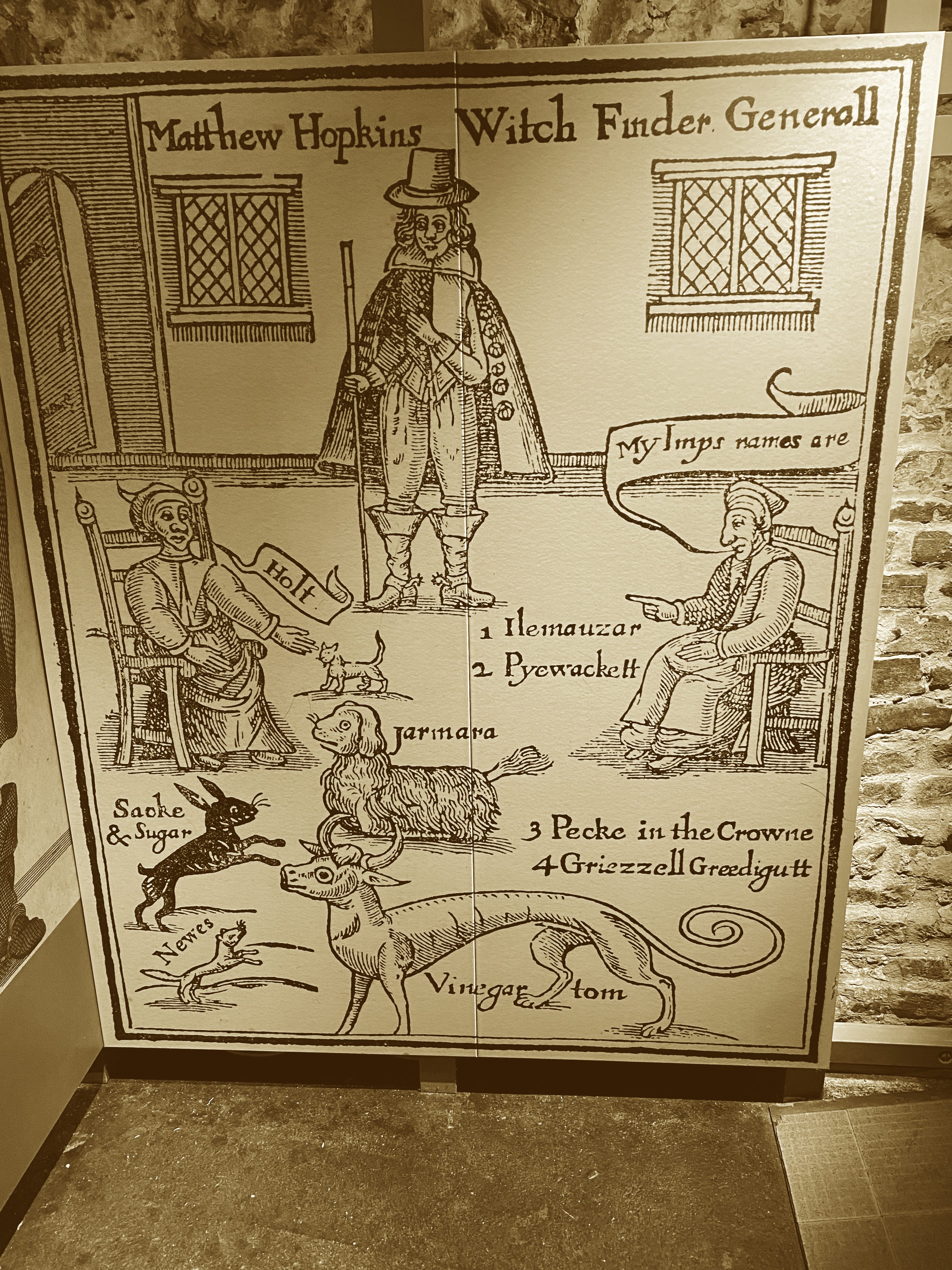 Originally developed with a community cast in 2013, Witchfinder was revived for redevelopment in 2020 and continues to engage professional and community performers in a variety of activities as the project evolves. You can keep up with the latest project developments in our blog.

Witchfinder takes inspiration from the East Anglian historical figure, Matthew Hopkins (1620-1647), who systematically accused and condemned suspected ‘witches’ across East Anglia in the 1600’s. Hopkins’ career in the art of witch hunting is thought to have launched when he moved to Mistley, Essex in 1644. An impoverished lawyer whose father was a Puritan minister, Hopkins began by successfully outing several ‘witches’ in his village.

He went on to conduct a tour of terror across East Anglia, claiming to be officially commissioned by Parliament as ‘The Witchfinder General’; with a mission to uncover and prosecute witches. In 1647 he published a book detailing his witch-hunting methods: ‘The Discovery of Witches’. Between the years 1644 and 1647, Hopkins and his associates are believed to have been responsible for the deaths of over 200. 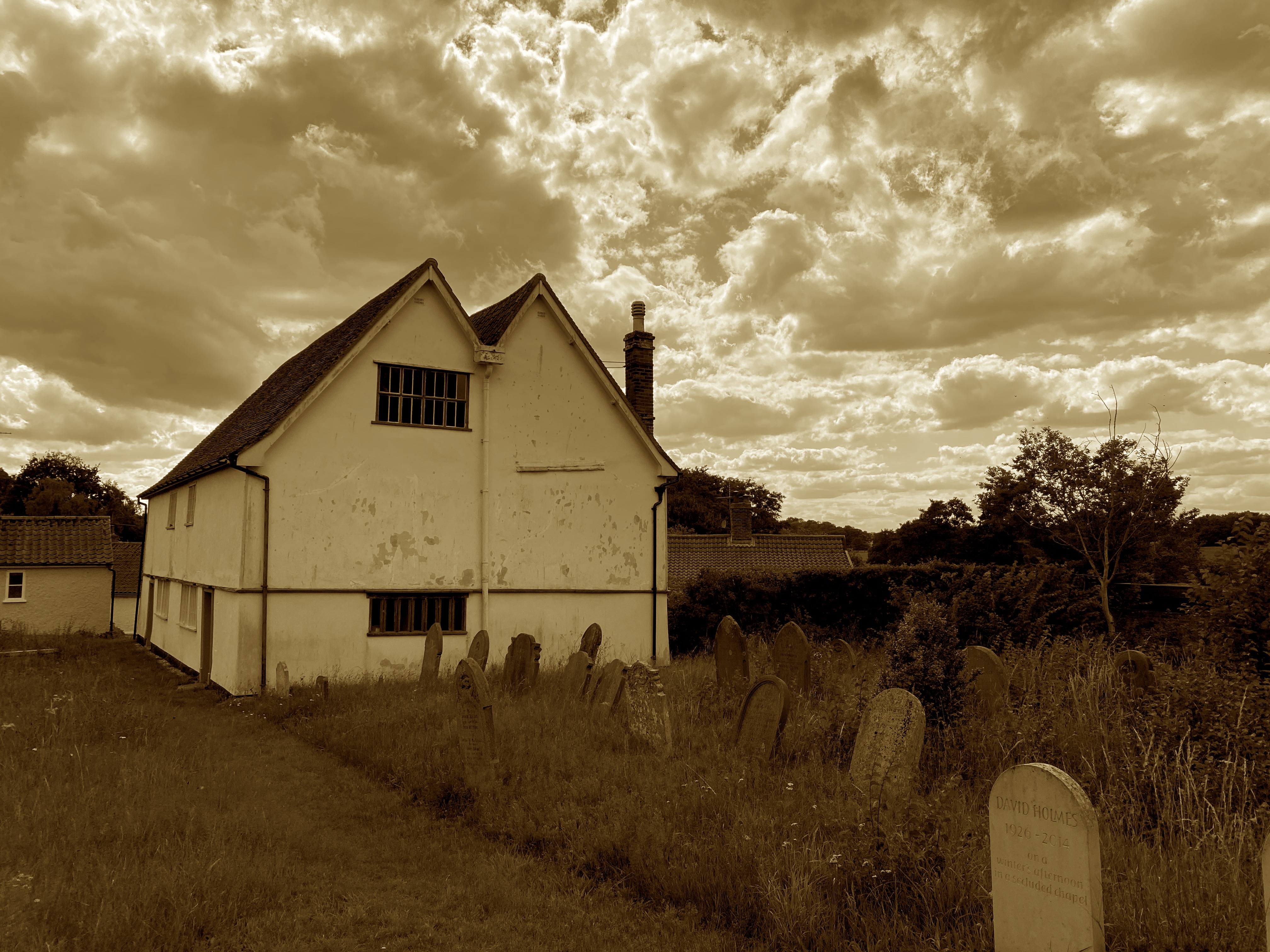 The development of Witchfinder was inspired by the fantastically atmospheric Walpole Old Chapel in Suffolk, England. In the 16th Century, Suffolk Puritans transformed this timber framed farmhouse into a religious building. Simple and bare with no altar or cross, they created a space which was radically different to the established churches from which they had broken away.

A two-tier pulpit presides over a maze of wooden booths on the ground floor, overlooked by a first floor gallery which provides the perfect view for audiences to witness the horrors and dramatic scenes as they play out below.

In December 2020, the Cohere team was offered the chance of an artists’ residency at Walpole Old Chapel to look at redeveloping Witchfinder for performance in these atmospheric surroundings.

During the residency, which was supported by Arts Council England, we honed dramaturgic elements and hatched plans for an ambitious tour of the work following Hopkins’ footsteps across East Anglia. The short film below documents our time at the chapel. 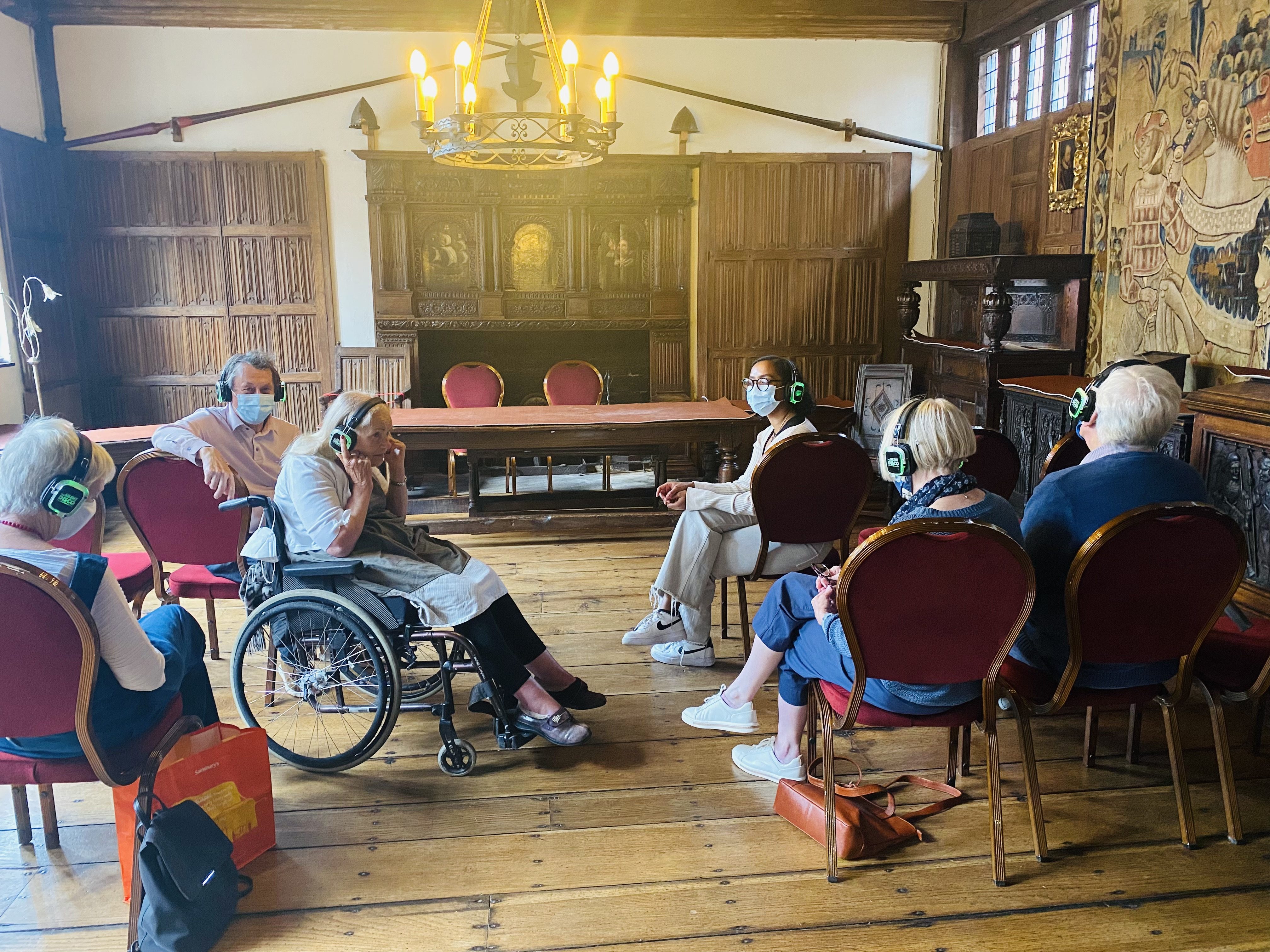 With the pandemic continuing to present barriers to live performance, during 2021 we branched out in a new direction. With additional funds from Arts Council England, in May/June 2021 we collaborated with visually impaired theatre company Unscene Suffolk and sound artist Simon Keep to develop sound design and audio effects for Witchfinder, with the aim of producing an audio version of the show; like a radio play with additional songs, music & 3D sound effects.

With the generous support of Heritage Lottery Fund, in summer 2021 our work to develop Witchfinder as an immersive audio performance saw the involvement of an intergenerational community chorus from the local area. Children from Holton St Peter Primary School, local choral group The Cut Choir and performers from Unscene Suffolk took part in a series of workshops to learn material from the show.

In July 2021 our community chorus joined us as we revisited Walpole Old Chapel to make an audio recording of the work with a professional cast.

Ambient recordings made in the chapel were combined with sound design elements to produce an immersive audio recording of Witchfinder premiered at Witchfinder Day; a special event at Christchurch Mansion in Ipswich in August 2021.

The audio performance was also premiered with live promenade theatre elements at Suffolk Archives’ new venue The Hold in Sept 2021 to an audience of Suffolk teachers. This Immersive History event welcomed audiences to interact with the show’s characters before experiencing the audio performance in The Hold’s stunning auditorium space. A complementary art exhibition at The Hold showcased artworks created by visitors to Witchfinder Day.

The Cohere Arts Team has produced a range of free educational resources around East Anglian’s witchfinding history for use with KS2-4 students.

You can read a full evaluation report of our 2021 Heritage Lottery Funded project here.